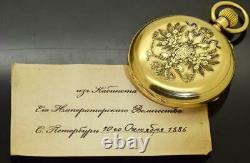 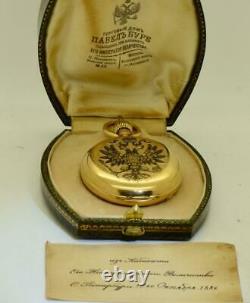 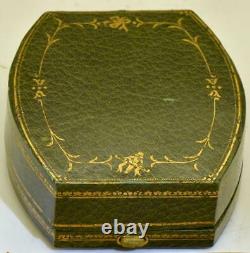 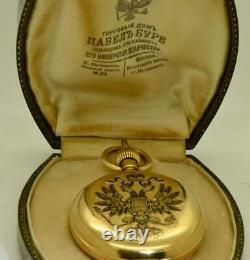 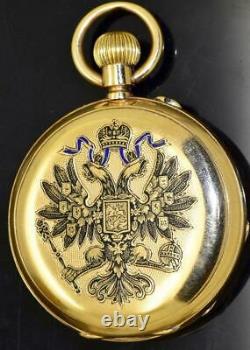 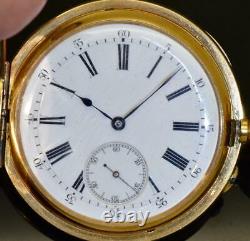 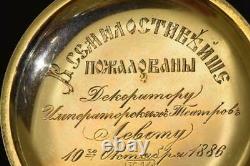 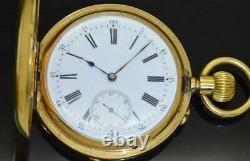 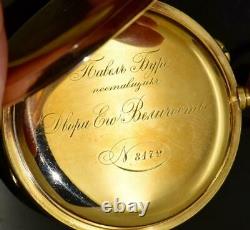 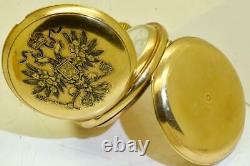 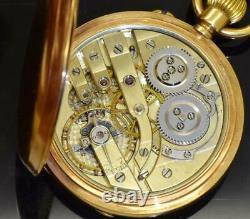 Antique Imperial Russian Pavel Buhre 14k Gold Enamel Pocket Watch Award by Tsar. This product data sheet is originally written in English. The watch has been awarded personally by Tsar Alexander III of Russian to the chief decorator of the Imperial Theaters Heinrich Levot on 10th October 1886. The watch is engraved in Russian on the inner side of the front case "Allmercifully awarded to decorator of the Imperial Theatres Levot, 10th Oct 1886" On the inner case is engraved in Russian " Pavel Buhre-supplier to the Court of His majesty" Pavel Buhre was the official watch master to the Imperial Russian Court. The front case depicting the enamelled(black and blue) Imperial Russian crest-an double headed crowned eagle. The watch is really impressive-99g heavy, 50mm in diameter. This is much more than a watch-this is a piece of the history! This watch is must for every serious museum or for every serious collector of Russian watches! You can see a similar Pavel Buhre open faced watch published in the book for the Imperial Russian presentation pocket watches by page 18. A watch like this is shown in the Hermitage Museum. This is a watch with significant historical value! Fine enamel dial with Roman numbers. High grade LeCoultre nickel movement(the permium quality Pavel Buhre watches was produced with LeCoultre movements), Wolf teeth winding wheels, fully jeweled, Breguet spiral, bymetal compensating balance with gold screws, ruby endstone on balance. The watch comes with the original luxury morocco leather Pavel Buhre signed presentation box decorated with gold binding and with the original papers presentation card written in Russian From the Cabinet of His Imperial majesty, St. Provenance: The watch comes from.

Heinrich Levot's family estate. Petersburg - French and Russian theater artist. Until 1885 he worked in theaters in Paris. After that, he worked as a decorator at the Directorate of Imperial Theaters in St.

Petersburg, mainly at the Mariinsky Theatre. At that time, there was a system for designing performances, in which different artists separately designed the acts of the performance. Therefore, a number of artists participated in the design of performances. Levaut created mainly architectural scenery, characterized by pomp, excessive detail and dry execution. Pavel Buhre was one of the first watch companies in Europe.

The company was founded by Karl Buhre, a Russian businessman of German descent. At first the Buhre watch company was located exclusively in St. In 1874, 34-year-old Pavel Buhre, Sr.

By order of the imperial court the Buhre factory produced gift watches, which the emperor presented to officials for distinguished public service, foreign diplomats and prominent figures of culture. Buhre watches were also given as bonuses to officers and non-commissioned officers in the Russian army. Pavel Buhre watches were awarded top prizes at many national and international exhibitions, including silver and gold medals at World's Fairs in Paris in 1889 and 1900, respectively.

A silver medal in 1889, and a gold medal in 1900. In 1916, Pavel Buhre company received the Swiss patent number 74144 for the in-house chronograph. The Buhre produced upmarket products as well as watches for the public at large. Prices for a Pavel Buhre watch started at only two rubles and went as high as several thousand. This Russian company became one of the world's leading producers of affordable watches for broadest social demographics.

Pavel Buhre watches were awarded top prizes at many national and international exhibitions, including silver and gold medals at World's Fairs in Paris in 1889 and 19. This item is in the category "Jewellery & Watches\Watches, Parts & Accessories\Watches\Pocket Watches". The seller is "riaerica2000" and is located in this country: BG.