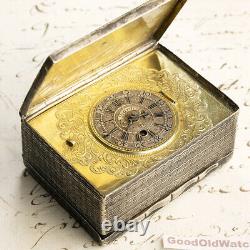 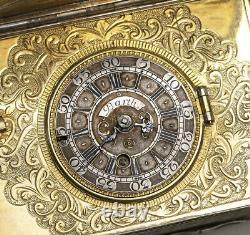 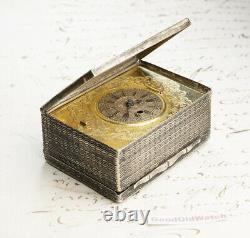 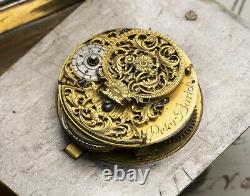 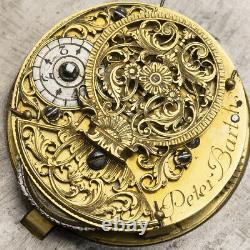 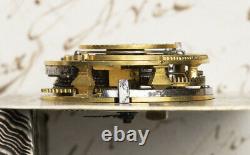 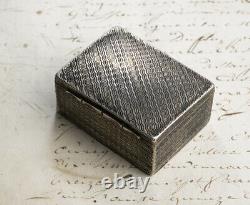 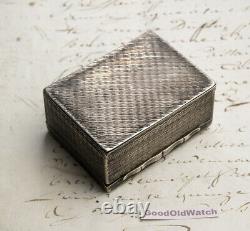 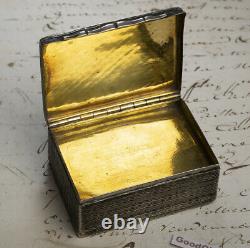 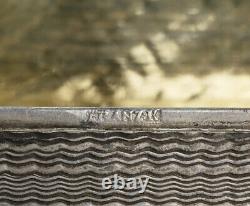 Dimensions are 80 x 60 x 36mm. Movement is purpose made for the box, as it has closing spring at 45 minutes, unlike usual 30 minutes for such kind of watches. The snuffbox has distinctive German origin, with high quality verge movement signed by Peter Barth. The snuffbox bears just maker's signature Franz K.

Silver snuffbox watches The practice of taking snuff became fashionable throughout Europe in the early 18th century, and we have evidence of snuff containers made to the highest standards, with no expense spared in their production, which were fashionable at the princely courts of Germany as early as the first two decades after 1700. The combination of a watch and a snuffbox remains a rare curiosity, and one that decidedly does not have associations with the nobility. On the other hand, both snuffboxes and watches were collectors items, and a collector of any standing would always possess or at least want to possess a number of examples.

The simplicity of this model, however, suggests that it would not have been placed in a collection alongside others, but would have been the owners only snuffbox, and perhaps the only watch he carried about his person. There are very few similar models exists, mostly being kept in German museums (one belongs to the Bavarian National Museum, another is being kept by Museum in Wittelsbach Castle in Friedberg). Condition The movement is in running condition, though time keeping is not guaranteed. Snuffbox is as shown on photos, some period wear.

Silver Snuffbox Watch Antique Verge Fusee Watch SPINDELTASCHENUHR" is in sale since Sunday, July 18, 2021. This item is in the category "Jewelry & Watches\Watches, Parts & Accessories\Watches\Pocket Watches". The seller is "goodoldwatch" and is located in Armentières en Brie. This item can be shipped worldwide.